CPA Theatricals, Inc. – Creative Productions And Theatricals – is a 501-C-3 non-profit corporation.  Its mission is the development of new musical theatre productions for the benefit of underserved populations.  In recent years, its primary focus has been to serve female audiences and performers, through the development of musicals incorporating strong female leads.  Its first major project with this focus was the musical 57th NATIONAL MATHLETE SUM-IT, which premiered Off Broadway at the New York Musical Festival and was subsequently licensed for international distribution to high school, college, and community theaters by Theatrical Rights Worldwide.  Other shows available for license include THE LAND OF FORGOTTEN TOYS, THE MYSTERY OF CUSTODIA, THE MOMENT. Current projects in development are MILEY CHASE THE SCIENCE ACE. 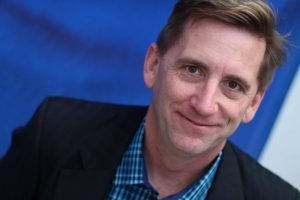 Larry Little has a theatrical career that has spanned thirty-five years and more than 100 productions, first as an actor/singer/dancer, then as a director and producer.  Along the way he became a Certified Public Accountant, providing an additional range of skills for his most recent role as a creating producer, developing new shows.  Larry is the Lead Producer at CPA Theatricals and LCG Entertainment, LLC, the companies he founded to provide musical theatre for under-served populations.  In recent years, a special focus of the companies has been shows that provide opportunities for female performers, create strong and interesting female characters, and increase outlets for female composers and directors.  His completed projects, all licensed for international distribution, serve the commercial market and the needs of middle-school, high-school and college performers.  During 2020, with the special challenges of COVID-19 he has developed shows suitable for online, virtual, and socially-distanced productions.

GIRLHOOD, a song cycle following a group from the beginning of middle school until high school graduation, intended to be performed by school groups, premiered in July 2019 and has held several additional productions.  THE LAND OF FORGOTTEN TOYS was developed as a female-led holiday show.  It had a premier commercial run in November-December 2019 at the Greenhouse Theater Center, Chicago, Illinois.  Most recently, after the emergence of the pandemic in 2020, THE MYSTERY OF CUSTODIA was developed as a virtual show where performers rehearse at home, then video their performances which are integrated into a web-based show.  It is currently being performed across the United States.

LCG Entertainment, LLC is a business whose mission is the development of new musicals with significant commercial potential. Recently formed, the company is affiliated with CPA Theatricals, and, like that company, was founded by Larry Little. But because of its distinctive mission, it is a separate entity. The title letters represent “Laugh, Cry, Goosebumps,” reflecting the company’s conviction about the characteristics of a show with significant commercial potential.