Here is the creative team that brings you GIRLHOOD 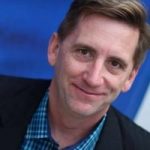 Larry Little has a theatrical career that has spanned thirty-five years and more than 100 productions, first as an actor/singer/dancer, then as a director and producer.  Along the way he became a Certified Public Accountant, providing an additional range of skills for his most recent role as a creating producer, developing new shows.  Larry is the Lead Producer at CPA Theatricals and LCG Entertainment, LLC, the companies he founded to provide musical theatre for under-served populations.  In recent years, a special focus of the companies has been shows that provide opportunities for female performers, create strong and interesting female characters, and increase outlets for female composers and directors.  His musical, 57th NATIONAL MATHLETE SUM-IT opened off Broadway as part of the 2017 New York Musical Festival (under the title NUMBERS NERDS), and has subsequently had productions in Atlanta, GA, Wichita, KS, Waukesha, WI and La Quinta, CA.  After the extended NYMF run and enthusiastic response, the show was licensed by Theatrical Rights Worldwide. 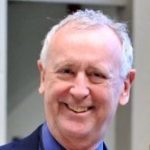 Timothy O’Connell was a member of the faculty at Loyola University Chicago for over thirty years.  He was professor of management in the Quinlan School of  Business, focusing on business and professional ethics, and also served in various leadership positions, including five years as Associate Provost for Faculty Affairs of the University.  The author of fifteen books, including a best-selling textbook and a popular book for which he was interviewed on the TODAY SHOW, Tim also lectured across the US, Canada and Australia.  A lifelong lover of musical theatre, after his retirement Tim joined CPA Theatricals and LCG Entertainment as Associate Producer, focusing on donor relations, contracts management, and publications. 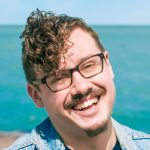 Christopher Pazdernik, a director/choreographer with “a near encyclopedic knowledge of musicals” (NewCity Stage), is best known for his critically acclaimed productions of High Fidelity (Jeff Awards, Best Director & Best Production of a Musical) and The Spitfire Grill with Refuge Theatre Project, where he serves as Artistic Director. Recent credits also include Merrily We Roll Along (Porchlight Music Theatre); Carrie (Ohio Northern University); Do Re Mi, The Rink, Anyone Can Whistle, City of Angels & Applause (Porchlight Revisits), Wicked City (Chicago Theatre Workshop); & Story of A Story (The Untold Story) (Underscore Theater Co.). His producing and management credits include Associate Producer on The CiviliTy of Albert Cashier and The Rosencranz Mysteries (World Premieres) as well as Company Manager on First Date and A Splintered Soul(Chicago Premieres). An openly HIV+ artist, Christopher was also a 2016 Windy City Times 30-Under-30 honoree for his contributions to Chicago’s LGBTQ community and currently serves on the Ambassador Committee for the AIDS Run/Walk Chicago and as Chairperson on the Community Advisory Board for Howard Brown Health, one of the nation’s largest LGBTQ organizations. He is also the Company Manager & Casting Associate for Porchlight Music Theatre. 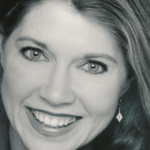 Tina Reynolds, musical director, producer, professional vocalist, actress, teacher and band leader, Tina is been Director of Ovation Academy For the Performing Arts!  For twelve years Tina has been the Artistic Director and Program Manager for the award winning, nationally recognized BRAVO Program in Oak Park, IL. She has directed over 40 shows including Shrek, Annie, Peter Pan, The Little Mermaid, Hairspray, Legally Blonde, The Wiz, Beauty & the Beast, Seussical, Little Shop of Horrors, In the Heights, 13, and Mulan. Her direction and leadership at the Junior Theatre Festival in Atlanta, GA, has earned BRAVO national recognition, and her students were awarded Outstanding Production for five straight years.  She has also piloted New Works productions, including the newest World Premiere of James and the Giant Peach!  In 2010 Tina was awarded the Freddie G Director’s Award. Tina has directed and musically directed at Long Lake Camp for the Arts and toured worldwide with The Young Americans.  She earned her BFA in Musical Theatre from Cal-State Fullerton. Tina performs with the professional group The Caroling Party, travels world-wide as an Associate Director for The Young Americans and is also a fitness professional.